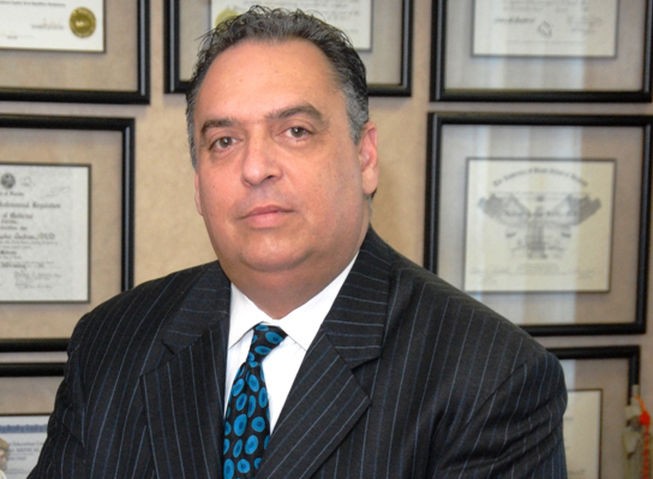 Dr. Rafael Antun is an urologist dedicated to the practice of adult and pediatric urology. Dr. Antun earned his medical degree from the Instituto Tecnologico de Santo Domingo in his native country, the Dominican Republic, where he was also Assistant Professor at the School of Medicine of the Universidad Central del Este. He received his training in general surgery at Nassau County Medical Center in New York and his urology training at the University of Miami/ Jackson Memorial Hospital. After completing his urology residency he joined the Department of Urology as a faculty member, where he was also in charge of renal trauma at the Ryder Trauma Center. In 1993, he was named professor of the year in the Department of Urology at the University of Miami.

Dr. Antun remained in a faculty position until 1997 when he opened his private practice. He has held medical staff positions, including Chief of Surgery, Chairman of Credentials Committee, and Chief of Staff at Cedars Medical Center, now University of Miami Hospital, as well as Medical Director of the Urinary Incontinence and Urodynamics Center at Doctors Hospital. He currently holds affiliations with Doctors Hospital, Coral Gables Hospital, University of Miami Hospital, and Kendall Regional Medical Center; and is the Director of the South Florida Institute for Laser Vaginal Rejuvenation.

Dr. Antun was the first urologist in the world to remove a cancer of the prostate in a patient with a previous heart transplant. Additionally, he has conducted research on treatments for numerous illnesses that affect the urinary tract and genital system, including the use of medications and laser for the treatment of prostate disease. He has written publications for several medical journals and has lectured extensively in the U. S., Europe and Latin America. Dr. Antun has also participated in pro-bono medical activities in Dominican Republic, Nicaragua and Peru.

He is a recognized community leader for his humanitarian efforts towards the betterment of Latin Americans living at home and in South Florida. In 1997, he was recognized by New York City’s Mayor Rudolph Giuliani as one of the most outstanding Latin Americans residing in the U. S. He was named Advisor to the Senate of the Dominican Republic and was selected as “Man of the Year” by the Dominican Independence Awards in Miami, for his leadership and charitable activities. Miami-Dade County Mayor Alex Penelas appointed Dr. Antun as Special Advisor for Latin American Trade Issues to the Mayor’s International Trade Council. Dr. Antun is most proud of the Cross of Honor and Merit of Duarte, Sanchez and Mella, which he received in 1993. This is the highest honor that can be bestowed by the President of the Dominican Republic.

Dr. Antun resides in Miami with his wife, Dr. Mayda Antun. They have two children, Rafael and Jacqueline.